If you’ve ever been frustrated by the chips, voids, and other inconsistencies in plywood that can make it frustrating to work with for finish carpentry products, then you might be interested to know that there is a plywood type that better suits these purposes: Baltic birch plywood.

Baltic birch plywood is a high grade of plywood hailing from Europe’s Baltic region that features a solid birch core, more plys for greater stiffness, no annoying voids, and a finishable edge.

In this article, we’ll discover what makes Baltic birch plywood so special, what it’s used for, and where to find it. 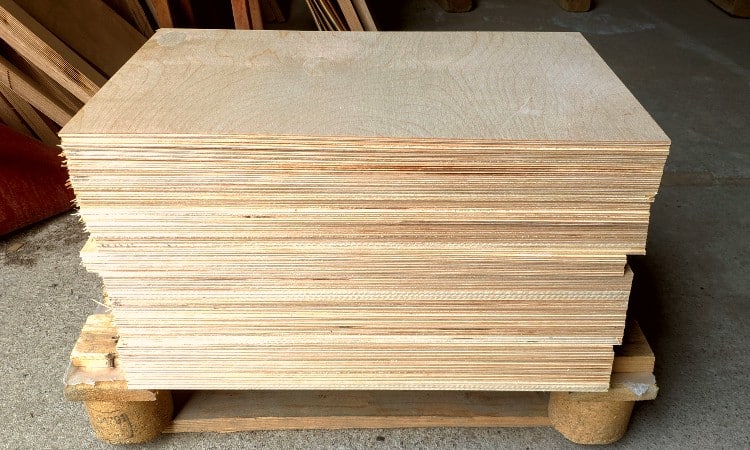 What is Baltic Birch Plywood?

Baltic birch plywood is a high grade of plywood that comes from Russia and other countries located around the Baltic Sea.

Most plywood consists of a mix of plys made of birch and softwoods. Baltic birch, in comparison, is made entirely from birch wood and is thus considered to be of a much higher quality.

Baltic birch plywood also consists of more plys that are thinner. For example, whereas a 3/4-inch piece of standard plywood may have 6 or 7 plys, Baltic birch wood of the same thickness may have 13 layers. This structure makes for plywood that is stiffer and less susceptible to changes in humidity that can cause wood to move and bend.

The greater number of plys and all-birch construction also means Baltic birch doesn’t have the voids commonly found in standard plywood. This solid construction creates a tighter bond between each layer.

Baltic birch plywood also has a veneer that is about twice as thick as the veneer on a standard piece of plywood. This means the outer layer of the Baltic birch is less susceptible to cracking or chipping.

What Are the Advantages of Baltic Birch?

The higher quality of Baltic birch means it has more applications in woodworking than other types of plywood.

While all grades of Baltic birch plywood will have some patches and repairs on them, the number of flaws largely determines the grading of the wood.

B/BB: This is the highest quality of Baltic birch plywood. It consists of a face veneer that is defect-free with a back face with no more than six color-matched oval-shaped patches. All of the inner cores consist of solid single pieces of birch veneer.

BB/BB: The face and back veneers each have up to six oval-shaped patches. There may also be mineral streaks in the grain of the wood and small knots. The internal plys all consist of single pieces of birch veneer.

BB/CP: The front face has up to six patches while the back has an unlimited number of patches and knots but no defects that are not patched. All of the inner layers are solid Birch single-piece veneers.

CP/CP: Both the front and back veneers have an unlimited number of patches and knots but no open defects. The core consists of solid pieces of birch veneer.

C/C: This is the lowest quality of Baltic birch plywood. Both sides may have an unlimited number of patches, open knots, and splits in the veneer. There may even be small voids in the core, which is still solid birch. The outer veneers are not sanded.

While most standard plywood comes in 8-foot by 4-foot sheets, such is not the case with Baltic birch. Most Baltic birch comes in 5-foot by 5-foot sheets, which is the ideal size for European cabinetry. Since Baltic birch plywood is typically used for making smaller woodworking pieces, this smaller size is ideal.

What Is Baltic Birch Plywood Used for?

Baltic birch plywood is used for various carpentry, ranging from furniture to kitchen and bathroom cabinets to toys.

Its strength and ability to have a clean sanded edge make Baltic birch ideal for kids’ furniture. This includes cabinets, bookcases, desks, tables, and shelving. Its rigidity means it will hold its shape, giving it the strength needed to function as a desk or chair.

It will also better hold fasteners than standard plywood. Since the edge of Baltic birch furniture can be easily sanded and finished, leaving an attractive layered look, it doesn’t require tapes that can be time-consuming to install and won’t hold up to everyday use.

And, since it has a veneer that’s twice as thick as standard plywood, it can better endure kicks, impacts, and other abuse it’s likely to endure from children.

Baltic birch’s waterproof glue gives it a natural ability to endure water, making it ideal for cabinetry around plumbing, such as in a kitchen or bathroom.

Kitchen and bathroom cabinets are also more susceptible to high humidity from cooking and baths and showers. This moist air can eventually weaken the glue that holds plywood layers together, causing the layers to come apart. Baltic plywood can better endure these conditions, making it ideal for these locations.

As with furniture, the edge of Baltic plywood is sandable and will better receive paint, eliminating the need to use tape that won’t hold up to the heavy use that kitchen and bathroom cabinets see.

Birch plywood’s strength also makes it ideal for toys and arts and crafts items. The thicker outer veneers, solid birch core, and numerous plies that give it great strength and rigidity make it ideal for these purposes.

Skateboards often consist of birch plywood (a good indication of just how well birch plywood can endure abuse), as are skimboards, which is a testament to its ability to endure water.

It’s also the material of choice for children’s furniture made from wood. It is commonly used to make high chairs, indoor playsets, and step stools.

With its strength properties, the Baltic birch is well-suited for use in the home workshop. Its thick outer veneer, stability, and strong core make it ideal for router fences, which must remain flat and square to be useful.

Baltic birch creates a smooth, durable surface for the top of a workbench. It’s a good material choice for tool stands and racks and even push sticks for table saws.

Can Birch Plywood Be Stained? 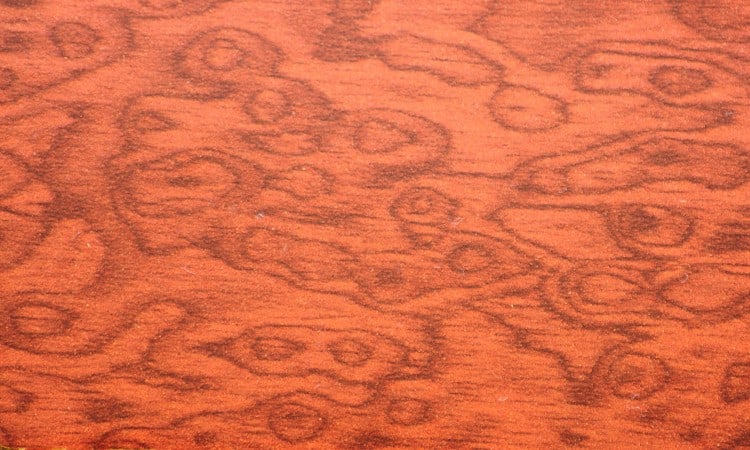 Like solid birch lumber, birch plywood can be challenging to stain because birch does not absorb stain well, causing it to leave a blotchy finish.

That said, birch can be stained with some measures to ensure that the wood receives the stain evenly.

To ensure a good finished product, you should first apply a stain controller or conditioner. This will ensure the stain goes on evenly, preventing the blotching effect.

A dye is also an option as it will better penetrate the birch than the stain. You can also finish Baltic birch plywood with a clear top coat of lacquer or polyurethane, which is a natural look commonly used for children’s furniture.

There are major differences between Baltic birch and birch. Baltic birch has about twice as many plys, does not use any filler wood, and has thicker outer layers.

Although this may be harder to see, all the plys in a Baltic birch are made of birch, whereas some of the plys in standard birch will be whitewood or some other softwood. This means the standard birch you find at most home improvement stores only has real birch on the veneers.

All plywood will warp if exposed to enough moisture or even changes in heat and humidity. Baltic birch is no different; however, it is less likely to warp.

The many layers that comprise Baltic birch, coupled with its cross-banded layers, make it much less susceptible to warping than standard plywood with about half as many layers.

Thicker Baltic birch, such as 1/2-inch and 3/4-inch thicknesses, is less likely to bow or warp because it has more layers than thinner 1/4-inch or 1/8-inch birch plywood, which is much harder to lay flat.

To prevent Baltic birch or any other plywood from warping, store it by laying it flat and stacking it on top of each other.

How Much Does Baltic Birch Plywood Cost?

Where to Buy Baltic Birch Plywood?

Baltic birch plywood can be difficult to find. It is typically not sold in big box stores and is often only available in smaller sizes of 4-foot by 4-foot or 5-foot by 5-foot sheets that are ideal for making cabinetry and small furniture.

Baltic birch plywood is rarely sold at a big box home improvement store. Usually, one must seek out a woodworking specialty store such as Woodcraft or a local wood dealer specializing in hardwoods.

What to Consider When Shopping for Birch Plywood

When shopping for Baltic plywood for your next project, it’s important to consider a few factors before making a purchase. As we discussed above, take into account the grade of Baltic birch.

If you’re purchasing Baltic birch, it’s likely for a finished carpentry project. Baltic plywood with a grade of B or higher is ideal for cabinets and furniture.

You’ll also need to make sure to budget for this purchase as Baltic birch plywood costs more than twice as much as standard birch plywood. With this in mind, it’s a good idea to plan your cuts carefully to limit the amount of waste you’ll have.

Although it may share the same general design principles as other plywood types, Baltic birch plywood offers a higher level of quality.

With double the layers of other plywoods that make it stiffer, thicker veneers that make it more durable, and solid Birch core that makes it stronger, Baltic birch is ideal for furniture and cabinetry.

Just keep in mind that you’ll pay more than double the cost of standard plywood for Baltic plywood and that you may have to hunt for it as it is not readily available at your standard big box home improvement stores.